Dub Souljah is a Reggae/HipHop Band from the The Central Coast California. Their blend of Roots Rock and Hip Hop/Rap make for a soulfully conscious message of Truth, Rights, and Justice. As a solo act, Dub Souljah started performing at open Mics and worked his way up to hosting the open mics. In 2019 he recruited Sean Mcgill on lead guitar, Brent Witmer on bass and Chris Carothers on drums and in 2022 Sweesly Maak joined on Keys. As a 4 piece they have performed throughout the central coast opening for acts such as The Expendables, Junior Reid, The Rudians, Pacific Roots and Marlon Asher. With 2 EPs and 5 singles and various dubs lead vocalist and rhythm guitarist Dub Souljah is continuously working in the studio and has 2 new singles titled "People Them a Suffer" Featuring J Conquer and "So Right" Featuring Shawn Yanez released in December and will release a full length 10 track album in 2023 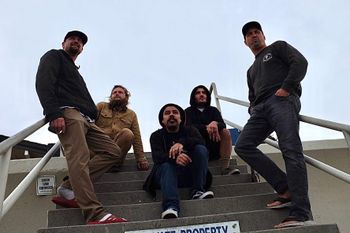